Chantelle & Trish were 85th in line for a marriage license when same-sex marriages became legal in MA.  Ten years ago, they became a “couple” but it wasn’t until 8 years ago before they could be legally married.  They could not afford to have the kind of wedding that they wanted so they waited 10 years.  324 Forever and For Always was their theme.  It was on their wedding favors of chocolate.  It was on their cake.  It was on EVERYTHING.  I love working with brides who are graphic designers.  We even incorporated the logo with it in lights on the dance floor.

Social hour was held BEFORE their short ceremony where one of their mom’s talked about the two of them and then Trish and Chantelle renewed their vows that they took those 8 years ago. They staged a very unique room reveal after the ceremony.  We started playing their first dance with just Trish and Chantelle in the room dancing.  The doors were opened to their guests and THE GUESTS entered in as they danced their first dance.  We had everyone gather around the two of them and then went into a fast song to kick off the party atmosphere that they wanted to set.

Ceremony Music:  When you say nothing at all – Allison Krauss, This Will Be – Natalie Cole
First Dances:  From This Moment – Shania Twain, Forever And For Always – Shania Twain
Last Dance:  Evacuate The Dance Floor 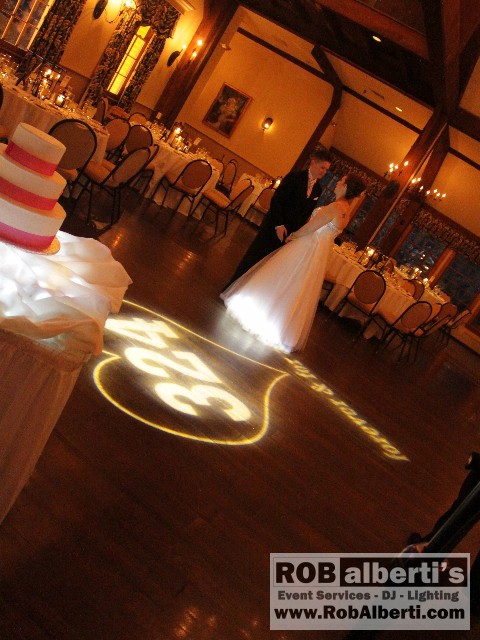 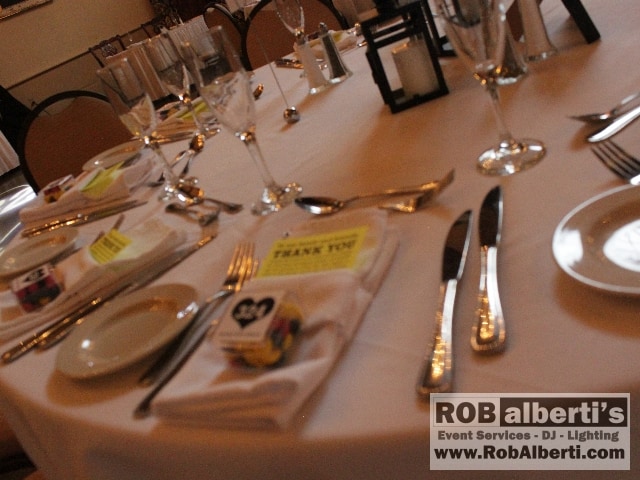 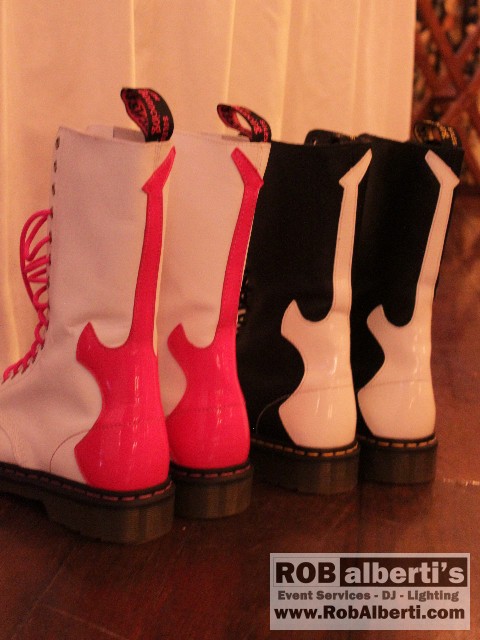 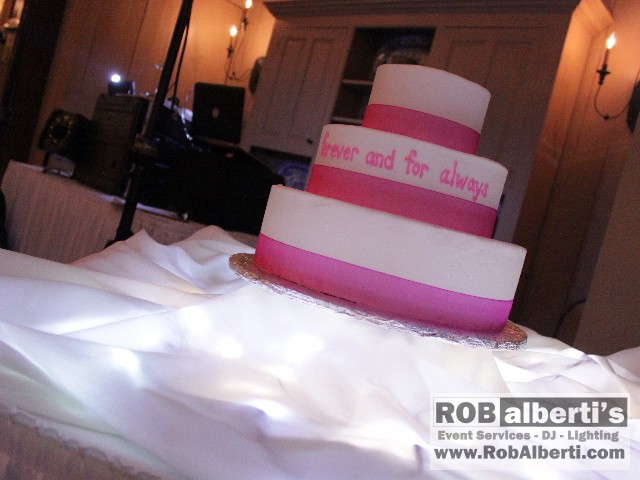 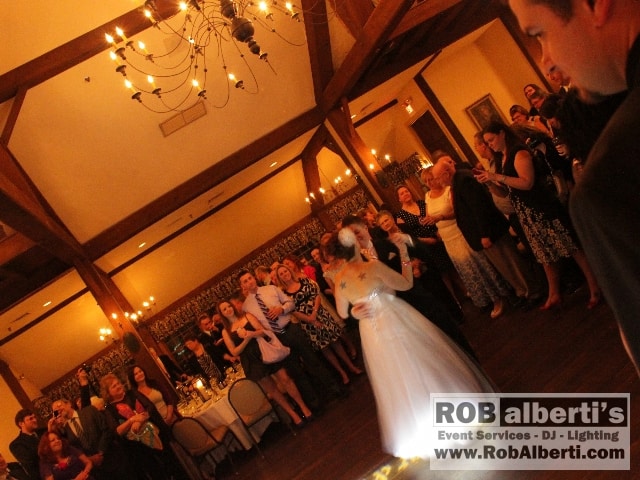